When approaching the topic “faith and works,” one is wise to heed the words of Gerhard Forde, who in his essay on the question, “Is forgiveness enough?” writes, “Speak for yourself! And beware! The answer will be something of a confession.”[1] As if that weren’t enough, as Carter Lindberg has remarked, this is extremely well travelled ground:

Indeed, the author of Ecclesiastes might have had our topic in mind when he wrote: ‘Of making many books there is no end, and much study is a weariness of the ﬂesh’(12:12). Yet, the preacher also addressed our topic in the next verse where he concluded that our whole duty is to ‘fear God, and keep his commandments.’ How simple our duty is! Yet, the question of how to ‘‘fear God and keep his commandments’’ has fueled perennial theological controversy, social conflict, and personal anxiety.”[2]

Nevertheless, in regards to this question, there is something to say, to confess even, because the relationship between faith and works is neither, as some have argued, primarily a question of sequence—a theological chicken and egg—nor is it one of clean separation under then headings of “justification,” and “sanctification” (as tempting as that may be). Rather, the nature of this relationship has more to do with questions of life and death, because a living faith “works.”

’Faith without words is dead,’ we are reminded. Quite true. But then what follows is usually some long and dreary description of works and what we should be about, as though the way to revive a dead faith were by putting up a good-works front. If the faith is dead, it is the faith that must be revived; no amount of works will do it.[3]

In other words, faith and works are related organically: “For no good tree bears bad fruit, nor again does a bad tree bear good fruit.” (Lk. 6:43); and the key to this relationship is not to focus on the fruit, but on the “root of Jesse”(Rm. 15:12).

Far from a mere academic exercise, it was in an attempt to clarify none other than just this distinction that lead Luther and subsequent reformers to the rediscovery of the doctrine of Justification sola fide, because at the heart of a proper understanding of this relationship between faith and work lies the question, “how can I know I’ve done enough,” the impetus for Luther’s famous quest for a gracious God. In their book Lutheranism: The Theological Movement and its Confessional Writings,” Jenson and Gritsch explain that, “In the original Lutheran movement, the language of ‘justification’ was the locus of an epochal radicalization of the problematic character of human life,”[4] a problem radicalized by the pastoral (ie. existential) failure of the medieval penitential system’s ability to assuage fearful and guilty consciences.  In other words, the theology of the Reformation was, rightly understood, pastoral theology. It was on account of being forced back to the scriptures in search of the Gospel that Luther rediscovered the “God who justifies the ungodly,”(Rm. 4:5), whose righteousness was appropriated by faith.

So far, so good; we have outlined a narrative that many in the Reformation tradition would rightly affirm.  However, this is where the difficulties arise, because it is at just this point, when one (rightly) affirms the precedence of faith to works, that we are tempted to view the entire enterprise from the perspective of the Law. When viewed in this way, faith and works constitute a logical or temporal succession within the ordo salutus—the order of salvation. Here is where the problem lies. According to Forde, when this move was made (at least in Lutheran Orthodoxy) to reduce faith and love to subsequent events:

The way was open to the temporalization and indeed psychologization of the ordo…” A “dead” orthodoxy could be vitalized only in the same way an “arid” scholasticism could be appropriated: turn it into a “way” with a certain series of “steps” in the religious “progress” of the individual “subject.”[5]

In this way, and to varying degrees, “works” returned to their place as the standard by which one knew one had faith, and thus even Luther’s own reversal of the traditional Roman Catholic understanding of fides caritate formata (faith formed by love) to caritas fide formata (love formed by faith), was marshaled in defense of this new system. It really does not matter whether you preach works as necessary before or after faith, because different means all point to the same end: good works.

When the relationship between faith and works is seen as subsequent, then, particularly in the throes of Anfechtung, it is impossible not to look to one’s own works as proof or assurance that one does, in fact, have faith. The prayer, “Lord, I believe, Help thou my unbelief,”(Mk. 9:24) becomes, “Lord, I work, help thou my unbelief.” When reduced to a temporal description, “Justification is a kind of obligatory religious preliminary,” writes Forde, “that is rendered largely ineffective while we talk about getting on with the truly ‘serious’ business of becoming ‘sanctified’ according to some moral scheme or other.”[6] For Protestants committed to the reformation solas, this way of separating justification and sanctification—faith and works—often exacerbates the very problem Luther was intending to avoid: the inability to have any assurance of faith. This is a tragic reversal of the “whole point of the Reformation [which was] that the gospel promise is unconditional; ‘faith’ did not specify a special condition of human fulfillment, it meant the possibility of a life freed form all conditionality of fulfillment.”[7]

Instead of resting in the unconditional promise of the Gospel extra nos, now, it seems, the question is not “have I done enough?” but “do I really have faith? Do I really believe?”  Correspondingly, the argument that faith is a gift of God and such faith naturally performs good works seems impossibly cruel. “’God will be gracious, ‘we say, ‘if only you believe,’ thinking to follow the Reformation. Instead, [we] thereby usually proclaim a works-righteousness that makes medieval Catholicism seem a fount of pure grace.”[8] And so, still stuck with the “problematic character of human life,” we’ve returned to the initial problem which prompted Luther’s quest for a Gracious God: how do we understand the relationship between faith and works?

Faith is nothing other than the certainty of salvation, the confidence in God’s merciful disposition towards us, and works done in faith make the work good. Bayer explains, “Luther directs his attention against those theologians who demand good work but who are weak in matters connected with the question about the certainty of salvation. According to Luther, the best works do me no good if I do not know how I am doing in my relationship with God. Without faith the best work is dead.” [9] In other words, only work done in the faith and security of God’s promised mercy towards us is a good work. Period.

The seeming ambiguity of this position is profoundly unsettling, because it removes any ability we have to measure our “progress” in the Christian life, takes the ruler of introspection out of our hands and forces our eyes on the Cross. We can neither look to works as meriting our standing before God, nor can we rest in a false distinction between justification and sanctification, as if that helps. Now, we must face the fact that it is only on account of God that we are counted righteous, and that all of our best works are but “filthy rags,” to use one of Luther’s favorite images from Isaiah. According to Bayer, this is the passive righteousness of faith without works, “which can only be suffered . . . happens when all thinking that one can justify oneself, in a metaphysical sense, as well as when all acting, in a moral sense, together with the desire to unite the two efforts, are radically destroyed.”[10]

Here, we are at a turning point, because faith, even when placed as the fount of good works, is not primarily a power to do good works, but the living condition of new life. Luther explains:

“Faith is a godly work in us which changes us and brings us alive anew from God. John 1:13, and kills the old Adam; it makes of us a completely different human being in our heart, courage, senses, and all powers, and brings the Holy Spirit along as well. Oh, it is a living, creating, active, powerful thing, this business about faith, so that it is impossible that it does not do good deeds incessantly. It dos not ask whether there are good works to be done, instead, even before one asks, it has accomplished them and is always doing them.”(LW 35:370)[11]

And so we have reached the confession, which Forde predicted. Appropriately, it comes at the end of this essay on the relationship between “faith and works,” because we confess that Christ alone “is the end of the law of righteousness, for everyone who believes.” And this is no mere intellectual assent to the proposition of what happened 2000 years ago; this is the confession that holds onto the (seemingly morbid) promise that by faith we have died! With the Apostle Paul, we confess that we “have been Crucified with Christ and it is no longer [we] who live” (Gal. 2:20), and by faith—daily, hourly, minutely—we are dying and rising to new life. In faith, we live as people who affirm in the words of the Anglican prayer book, “there is no health in us. But thou, O Lord, have mercy upon us,” and are confident that He has.  When we approach this question, we are tempted, as always to look to ourselves as the measure of all things; however, we can confess Christ and his righteousness as the object of our faith, remain confident that such a faith “works,” and “go in peace, to love and serve the lord.” Thanks be to God.

[4] Gritsch, Eric W., Jenson, Robert. W Lutheranism: The Theological Movement and Its Confessional Writings (Philadelphia: Fortress Press, 1976), 38. For a further explanation, cf. the entirety of chapter 2:“A Christological Answer to a Radical Question,” 36-44.

8 thoughts on “A Brief Introduction to Faith & Works” 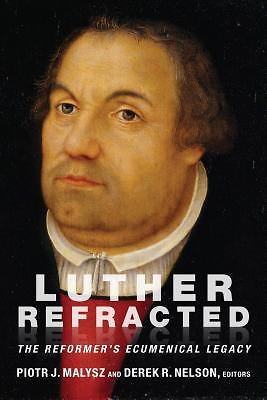